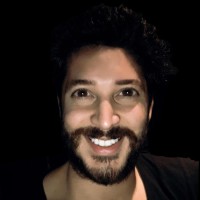 Before I start with the festival; I have to mention that this isn’t a professional blog. I don’t take pictures, as well as videos thinking that I’d post on my blog. All of the visuals are randomly clicked, depending on my mood…

While reaching the end of Summer 16′, I felt like the time had come to have that hardcore partying experience. It was a result of that Electronic Dance Music culture I acquired while leaving abroad for years. Frankly, it wasn’t very hard to make a decision, as there were only a few top festivals for electronic music. First – as any EDM geek would expect – it was Tomorrowland that came to my mind. Considering there was almost a year to that, I thought Ultra Music Festival in Miami aka UMF, which is held around the end of March, would be the best choice to go for. Have to admit, going to Miami was much more appealing than going to Belgium as well. The festival is held around spring fest time of the US colleges, and it is actually a part of a 6 day program, called Miami Music Week. The music week starts on Tuesday, and the festival is from Friday to Sunday night. It is sort of a warm-up to the real party, I would say. There were amazing pool parties around those times, which I attended a couple, but I’m not getting into the details as this content is all about UMF 2017.

There are a few versions of tickets, but basically it goes as General Admission, and VIP. GA is $440 including VAT, and VIP is around $1550. The main difference between GA and VIP is that VIPs have their own platforms to watch the shows. Other than that, they give a plastic backpack on top of the bracelet, fish-eye lens, and earplugs that everyone gets with the ticket box. Is it worth paying that much money for all this? Totally depends on your personal preferences.

The festival is held at Bayfront Park, which is located in downtown. If you don’t make reservations far in advance, then good luck, because all the value for money spots are booked 3-4 months prior to the fest. The best choice is Inter Continental, which is right near the park – has its red carpet right to the VIP entrance – but it is fully booked 6 months in advance. From a couple of people, I heard that AirBNB isn’t a reliable option, as many had their bookings canceled right before the even. They say this is due to greedy landlords aiming to rent out their houses for higher prices.

First day, and the festival is on…

The queue on the first day was pretty long, but it didn’t take more than half an hour to get in. It wasn’t as hard as they put it on the website or Facebook groups, where all stated that both passport and ID, or a copy of one the actual of other or vice versa was needed. I just showed my driver license, and that was it. They don’t rip the three day attachments on the ticket as one would expect. They just scan the barcode and let you in. Inside, there are certain cocktails with alcohol, and beer. In order to get alcohol, every single day, you have to go to certain kiosks and get paper Heineken bracelet. If not, they don’t sell alcohol. I think this was to prevent underaged buying alcohol, considering they check your ID right at the spot. The event itself has age restriction anyway, so for me it wasn’t more than a hustle to promote Heineken.

There are trillions of spots to eat available, as well as washrooms. Almost no queuing up needed for any of these. Only problem occurs if you want to spend time right in front of the main stage. It’s very hard to get in and out. The chubby guy who was moderating the show was consistently making fun of them saying “You see these guys? They don’t drink, they don’t eat, they don’t shit. They have no life but partying.” Actually most of those have that backpack like thing called WaterPak, which you can fill up with any liquid available inside. They can get completely drunk while partying, depending on the size of their bladder. For me, it’s so lame to carry on a backpack all day long, where standing itself makes you feel extremely exhausted.

Alright, now that I’m done talking about the fundamentals, I can come back to the main topic. The festival has 7 stages; Main Stage, Live Stage, Resistance (Carl Cox), Ultra Worldwide, Oasis, Biscayne Stage, Resistance (Arcadia Spider), which are scattered around different spots of Bayfront Park. As you would expect, all the headliners go on Main Stage. Other than that, Resistance (Carl Cox), and Ultra Worldwide were pretty interesting. The rest is pretty boutique, tailored for few people.

Before reaching the Main Stage, I ended up partying at the very first stage by the main entrance. Slander, from LA was performing there, and their show was pretty good. Actually, they rocked it. Other than that, I didn’t see anyone performing better over there.

Right nearby, there is Resistance, where Carl Cox is consistently playing trance and house. This stage has sort of a nightclub atmosphere, as the top is closed. To speak the truth, his music makes me feel like I’m listening to something that drug addicts would, so I didn’t spend much time there.

I don’t think I can (or should) explain all the stages one by one, and as most are reading this for the main stage, it’d pretty unfair (boring). All the headliners perform between 16:00 and 00:00 on the main stage, and each and every of them has exactly one hour.

During his rookie times, my favorite was Martin Garrix. David Guetta, whom I saw performing on the Great Wall before, or Tiesto, weren’t my type of DJs. Until seeing their Ultra performances. These two both killed it, their shows were sublime. Martin Garrix was left short of what was expected, I have to admit. Other than that, Hardwell, Major Lazer, and the closing performer DJ Snake did very satisfactory performances as well. Steve Aoki’s one was one hell of a show as well. Firstly, I went to his performance in a nightclub called Story -three days before the fest- where I found out that he has a habit of smashing audience with huge cakes. Basically, he grabs the cake and throws it to someone in the audience. Did that to a guy over there, which eventually ended up leaving a lot of people, including me caked. This was nowhere near the one he did in Ultra though. Hold on tight and watch this:

Ok, now I’m done writing, and leaving you with all the footage I recorded during the festival. To restate one more time again, I’m not a professional blogger, and all these videos are recorded randomly. If you want to get more details about the fest, you can reach out to me via bt@berkaytekin.com, or my social media accounts on the homepage. Enjoy.

I hope you liked this post. I will be more than happy to reply any questions coming to bt@berkaytekin.com, or any of my social media accounts you can reach from the header or the footer.

Berkay
Why We Sleep?
Read Article